Be part of something special

Family friendly casual dining in the heart of Kommetjie where the atmosphere is great and the food even better. Fisherman’s Restaurant is the ideal spot to kick back on a Sunday, to watch the rugby, to celebrate any of life’s occasions or to let the kids run free for a couple of hours. To top it all off, they offer the best jazzy tunes this side of the mountain. Fisherman’s is where time stands still and nobody cares!

I must’ve driven past Fisherman’s a thousand times.  I’ve always been somewhat intrigued about what exactly lies amongst the great milkwood trees. If you look carefully, you’ll see there’s a tangible atmosphere of togetherness that reaches out through the trees to the man on the street, inviting him in to quench a thirst, to eat a meal or just to gather around the table. It’s like an outstretched hand, begging to be grasped. It’s a promise of cherished family time, spent in an environment that reminds of the good ol’ days. It’s a promise which you simply had to be part of.

So, when I was invited to attend the launch of Swifty’s Bru’s second craft beer, I was delighted to find out it will be hosted at Fisherman’s on a lazy Saturday afternoon. I had no idea what to expect. Usually I do a fair amount of research before I visit a restaurant I intend to review. At the very least I would peruse the menu online.  This time around, however, I decided to be surprised; only to add to the existing intrigue around what lies amongst the great milkwood trees…

It was a warm, clear autumn day in the Southern Peninsula and the outstretched arms of Fisherman’s seemed even more inviting than ever. It was just after three in the afternoon and I could hear the happy chatter and guitar tunes from the road. Cars lined the adjacent roads and there was a steady stream of patrons entering the garden gates.  I couldn’t wait to get inside, to get a glimpse of whatever I’ve been missing all these years.

That was the start of my friendship with Fisherman’s. And every time I entered through that little garden gate thereafter, I’ve been greeted by a sense of belonging; a sense of heartiness and community. I’ve also been greeted every time by a very friendly cohort of staff members, who’s genuine smiles and easy manner contributed to the outstanding experience.

It is, of course, a first for The Little Hedonist to go to the same restaurant three times in a relatively short space of time. My aim is to find new and exciting places to share with you guys. But I just can’t help myself; I keep on returning to this haven time and time again. Where to go for awesome live music on a Saturday afternoon? Fisherman’s. Where to watch the rugby and have a pint with friends? Fisherman’s. Where to meet friends, or where to take the in-laws? You get the idea.

Because of my new-found friendship, we’ve shared several meals at Fishermans. We’ve tried their woodfired pizzas, we’ve indulged in their fresh line-fish specials, we’ve even done the classic steak, egg and chips. We’ve celebrated Sundays with their Mozambiquan braai’ed peri-peri chicken and licked our fingers clean. We’ve cleared many plates and many morsels. The food has been consistently wholesome, fresh and well presented.

The venue lends itself to all-year-round dining. On a warm sunny afternoon, there’s nothing more rewarding than to end your day with a refreshing beer or cider under the milkwood trees. In summer, the outside space is filled with families, couples, individuals, groups of friends and strangers who became friends. Here you can park off for a couple of hours and listen to the very jazzy tunes of Gary “the Lips” Sletcher, as he’s fondly known to the Kommetjie locals. Earlier in the day, Gary plays the guitar. Upbeat classics to cheer the mood. Later, when the sun sets, he switches over the mellow tunes of his saxophone; the instrument that earned him his well-deserved nickname. You can catch him between 1 and 5pm. On Sundays, you can catch more mellow tunes whilst feasting on flame grilled fare, straight off their legendary Mozambiquan braai.

In winter, giant fire pits warm those who brave the cold outside. If you’re not courageous enough, you can avoid the winter chills by snuggling next to the inside fireplace. It’s cosy and homely, and of course closer to the bar!

Fisherman’s offer a great selection of winter specials that suit even the slenderest of budgets. Meatless Mondays have never looked so good with fish and chips for R50, Tuesdays give you a beef burger and chips for the same, Wednesdays are my personal favourite: half price pizzas if you eat in and order a drink. Mondays to Thursdays there’s man-grub on offer with ribs and prawn specials. Ribs and chips for R70, or prawns and chips for R130. Whole day, every day. These are not to be missed. Thursday night is also quiz night.

They also serve a large selection of beers on tap, including local craft beers like, you guessed it…my favourite Swifty’s Bru Muti and Impi beers.

I guess what I’m trying to say, is that it’s a great thing to find a venue where the community can come together. At Fisherman’s, Johnny knows Susy, but he also knows Susy’s parents, her aunties and uncles and Johnny’s children grew up with Susy’s, because they’re neighbours. Johnny and Susy can recall many birthdays, weddings, funerals and graduations shared and celebrated here over the years. They know the owners by name, and also their dogs. Johnny meets Susy’s husband at Fisherman’s once a week to talk about the weather whilst drinking beers under the trees. All because both Johnny and Susy’s parents were born in Kommetjie, and so were they and so were their children. One could argue that a space like the one described above could become “cliquey” or exclusive, but at Fisherman’s it’s the other way around.

And that, ladies and gentlemen, lies at the heart of my story. That it’s an even thing to find a venue where the community welcomes strangers or first-timers with open arms and welcoming smiles. Where nobody frowns at your presence, but wholeheartedly embraces it instead. Because the locals know how it feels to be part of something bigger, something special. And that is a feeling every person should experience at least once in his or her lifetime. The feeling of belonging; of being part of something good.

Here at Fishermans, it doesn’t matter if you’re a member of staff, a local, a business man or a couple of little hedonists, you’re all part of something special. Food brings people together; good food brings friends together. 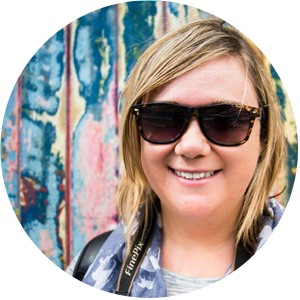 Amilinda Wilkinson is a small town girl with big dreams. She is a nature geek, total foodie, devoted wife and mother to furry children. When she’s not at the office, she explores, writes about, photographs and indulges in this fragile adventure we call life.Read more from Amilinda on her blog The Little Hedonist. 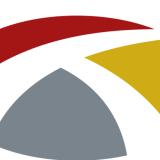